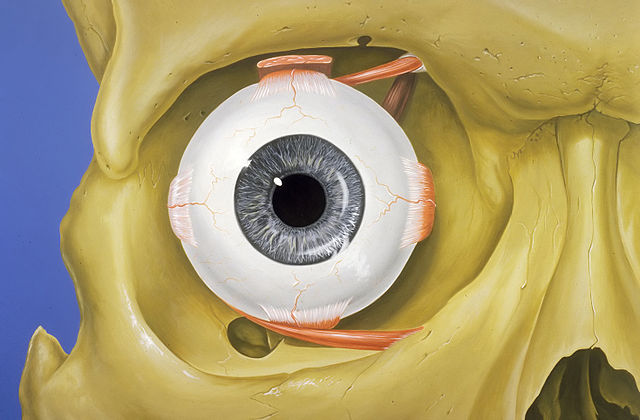 Visual field loss is a common sign of stroke and brain injury with about 30% of patients suffering vision disorders. The question is, why do hemianopia and quadrantanopia involve such distinctive patterns of vision loss?

Patients suffering from these visual field deficits may run into objects, trip or fall, knock things over, lose their place when reading, or be surprised by people or objects that seem to appear suddenly out of nowhere. They may become afraid of venturing out in public, often because they easily get lost in crowded areas.

In addition, some visual field deficit patients experience visual neglect; that is, they may be unaware that they cannot see to one side. They may orient their body to compensate, bump into objects on the affected side, or miss parts of words when reading. It is also common for those affected by hemianopia or quadrantanopia to believe that they have vision loss in only one eye.

Patients who have suffered neurological brain damage that has resulted in a visual field deficit have additional difficulties with eye movements. They appear to have smaller saccade amplitudes, exploring more of the sighted regions rather than the blind areas, have a larger number of fixations and a lower ability to integrate information between the left and right hand side of their vision. Therefore, they have difficulties in becoming aware of the events at the side of their visual field loss and in grasping a scene as a whole.

The way a person selects items in their visual fields as targets for consecutive eye movements is based on a combination of those items’ visible features (such as brightness, color and movement) and the person’s attention and intentions.

When a part of sight is affected, the process of target selection is impaired and the pattern of eye movements becomes abnormal leading to difficulties interacting with the environment. Spontaneous recovery is the exception, not the rule, and only about 20% develop effective compensatory behavior. Visual search tasks have proved successful in re-training a patient to make more efficient eye movements.

Following training, patients have larger saccade amplitudes and the integration of visual information from the left and right-hand side of their vision improves.

The improvements are specific to the type of training a patient undergoes: for example specific training to improve reading ability after brain injury is not effective for visual search. It is now well established that improvements in eye movement training have a beneficial effect on a patient’s activities of daily living, leading to better quality of life and are independent of a patient’s age.

These improvements translate to a significant and positive impact in a patient’s interaction with their environment.